Session on Political and Constitutional Rights to Minorities 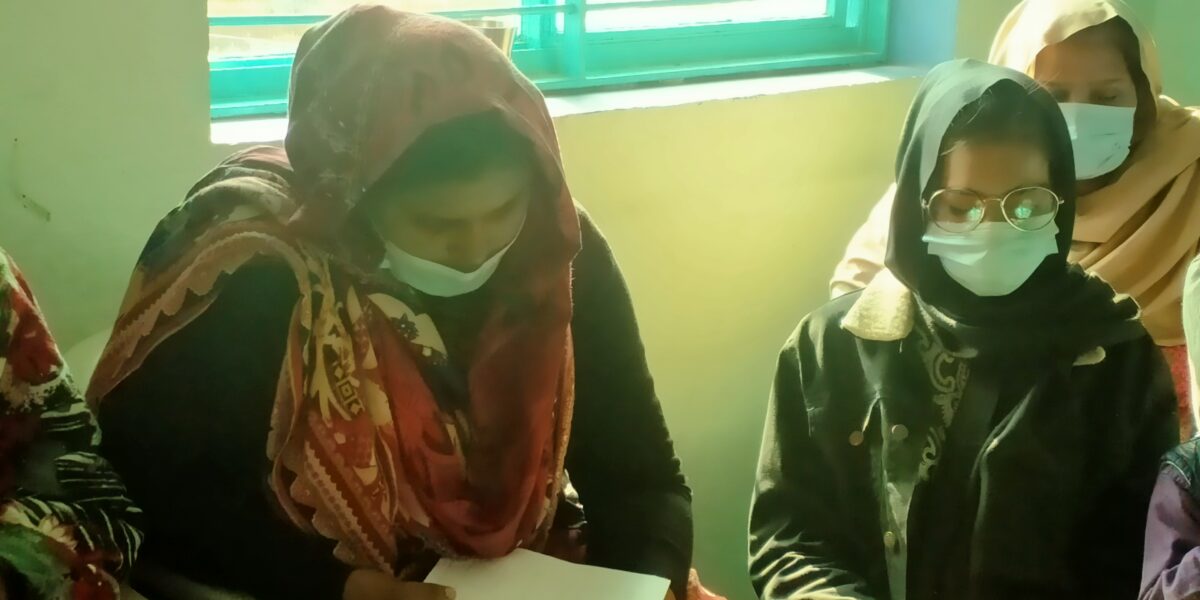 The Gender Leadership Program (GLP) module II was held from October 3-8, 2021 in Lahore.  All the GLPiers from the Women Rights Organizations (WROs) gathered to reflect their experiences after module I. The GLPiers continued to enhance their knowledge on leadership, understanding different concepts and enhancing their own abilities as leaders.

In continuation to practice the knowledge gained in the modules, the GLPier from AAN conducted a session with minorities in G-8 Church, Islamabad.  A number of 26 Christian women participated in the session. Most of them were from 17 years to 35 years of age; very few of them were fresh graduates, and most of them had schooling till primary.

Overall, the session was appreciated by the community and they showed interest to further work with AAN as young women leaders (YWLs).